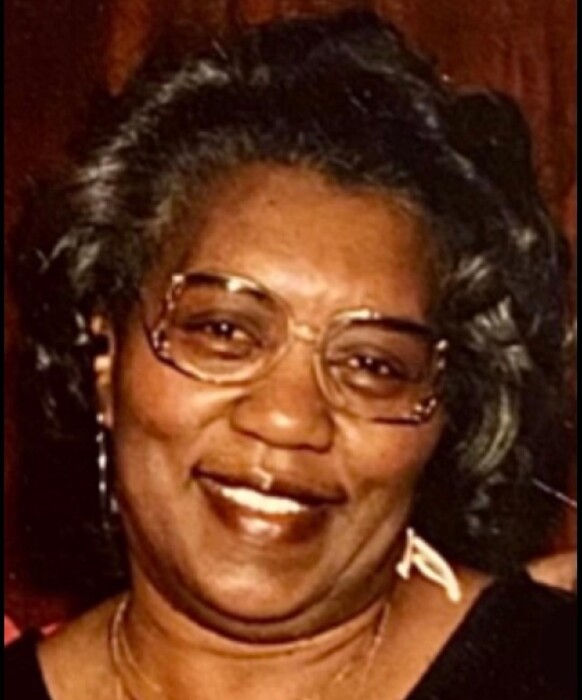 
Emma Lee (Teddy) McCalla was born on August 4, 1932 in Mineola, Texas to
Rufus and Frances McDowell. She was the oldest of six girls born to this
union. She lost both of her parents at an early age. Emma graduated from
Southward High School in Mineola, Texas. She was employed at Benham &
Company, being employed for over 30 years. She met and married Marcus
Randolph McCalla, Jr. on Monday, April 1, 1957 and they shared 54 years of
marriage before his death. Marcus and Emma were the parents of two chil-
dren, Verlinda McCalla and Marcus Randolph McCalla, III.
Emma was a “wise woman who buildeth her home; she was a virtuous
woman; for her price was far above rubies. Her kind and gentle spirit
touched everyone she came in contact with. Her hospitality was priceless.
She treated everyone as if they were her own.”
She was preceded in death by her husband of 54 years, Marcus Randolph
McCalla, Jr.; parents Rufus and Frances McDowell; three sisters Ernestine
Douglas, Della Livingston and Wanda Sessions.
Her precious memories will be treasured forever by her daughter: Verlinda
McCalla, and her son Marcus McCalla, III both of Mineola. Two siblings,
Faye McCann and Lola Clemons of Mineola. Two grandchildren, Marcus
Garrett and Emma Brianne McCalla of Mineola, nieces, nephews, cousins,
and many neighbors and friends.

To order memorial trees or send flowers to the family in memory of Emma McCalla, please visit our flower store.